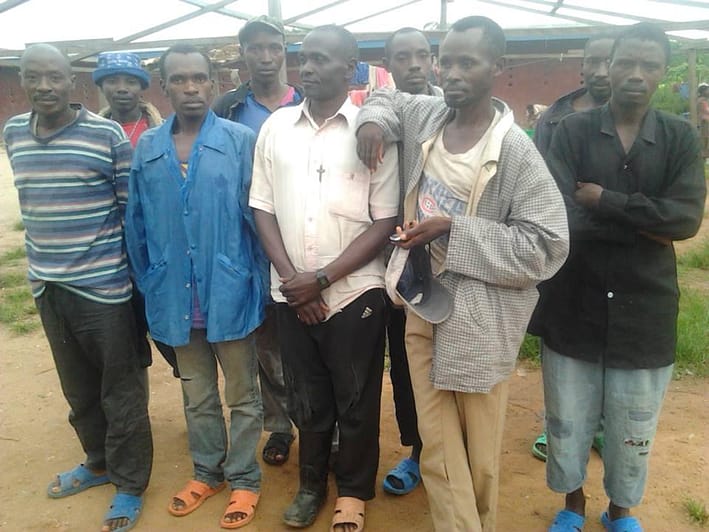 As anyone knows, the former FDLR combatants who have disarmed in the context of facilitating a peaceful political dialogue between FDLR and the government of Rwanda are cantoned with their families in Kisangani, Walungu and Kanyabayonga. The combatants cantoned with their families in Kisangani are facing many difficulties related to health problems, lack of firewood and lack of laundry soap and cleaning.

As for health problems, these combatants and their families face great difficulties related health problems that have become a big challenge since they were transferred to this cantonment called “Lieutenant-General Bauma transit Camp”.  Since then this problem has worsened, the cantoned have never ceased to raise this problem up to the camp director. Unfortunately, until now nothing has been done.

With the assistance of MONUSCO, these former FDLR combatants and their families have access to some drugs but the inadequacy and lack of medical professionals remain significant. Recently, it has been shown that even a few doctors that are available in these camps appear only four times a month and stay just for two to three hours. On the day we visited the Lieutenant general Bauma camp in Kisangani on July 31, 2016, we saw how the patients were abandoned and left suffering in beds because the doctors are not regular in the camp and no nurses were available that day to monitor and administer drugs to them.

Claudine UWAMAHORO
Here we can mention the example of a mother who gave birth on July 27th, 2016 in difficult conditions after calling doctors for over 12 hours. Doctors do not live near the camp and once the cantoned called them, the doctors said that there was no car to carry them from home to camp. This mom named Claudine UWAMAHORO gave birth to a baby boy who was born with an ear problem (Ear bite). On the day we visited this camp on July 31st, 2016, no doctor had shown up in the camp yet. UWAMAHORO Claudine and her baby were still waiting for doctors or nurses for help.
Regarding the problems of firewood, we noticed that this problem seems to be almost insolvent since these former FDLR combatants were transferred to Kisangani on 11/27/2014. It’s been over five months without getting any firewood since 12/03/2016. Although they have been reporting this problem several times to the camp director, nothing has been done to this point. They do not know what to do when it comes about preparing food. When we visited the camp on July 31st, 2016, we were told that the only strategy that was left for them to get the firewood was to exchange their daily meal in order to get the firewood and this must be done with discretion as the administration does not allow it.

Regarding the hygiene for these former FDLR combatants, the problem of finding the soap to take a bath, a shower or for a laundry is also among of the major difficulties that they are facing. The only way to find soap is again to sacrifice their daily meal by exchanging it with soap. This problem has also been reported numerous times to the administration, but it seems like nobody cares about it despite the known consequences of lack of hygiene.

In concluding, the above mentioned problems remain unsolved and even the will to approach them appears to be nonexistent.  Therefore, we call up on the Congolese government, MONUSCO and the international community to demonstrate a good will to serve humanity in helping these former FDLR combatants and their families cantoned at Kisangani camp, Walungu and Kanyabayonga. They can support them with their desperate daily needs including firewood, food, soap, medicines and so on. May God have mercy on these human beings abandoned by the whole world and may God help the Samaritans who can intervene to support these human souls.